Your safari myths, BUSTED! Are hyenas are just motley scavengers? 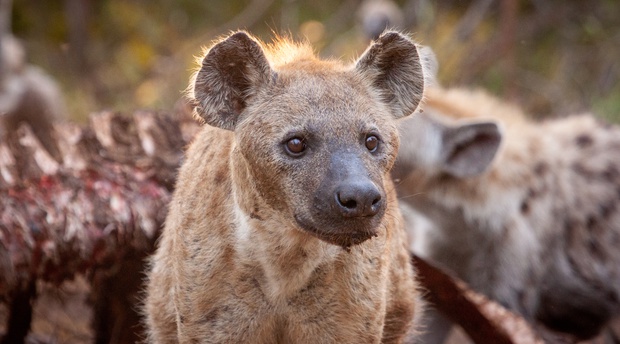 In this series of articles, guide Elly addresses some of the most common questions we hear on safari and takes the time to clear up a few misconceptions along the way. Want to see if your myth is busted? Then read on!

I will begin by saying that we probably have films like The Lion King to thank for the origin of this misconception. Hyenas are highly opportunistic predators, meaning they harness any opportunity for a meal whether by hunting or scavenging, but there are certainly aspects of their physiology that have evolved to make them valuable and efficient members of nature's "clean-up crew".

Firstly, hyenas have exceptionally powerful jaws, packing a whopping 1100 pounds per square inch (psi) of pressure. To put that in perspective, if you were to clench your jaw as hard as you can you will (at best) measure the human bite force of 162 psi. On the other hand, lions weigh in at around 650 psi - far stronger than us but still almost half as powerful as the hyena.

What this means for hyenas is they are capable of crushing dense bone material into edible pieces and exploiting a resource that few other predators can: the extra nutritious bone marrow inside. Combine this with the extremely high concentration of hydrochloric acid in their stomachs (capable of dissolving bone and a surefire way of killing any nasty bacteria before they reach the intestine) and you've got yourself one perfectly built scavenger.

But here's the truth about spotted hyenas: they are equally well-adapted to hunting and are formidable predators in their own right. Their characteristic sloping back as a result of their slightly longer front legs certainly gives them a 'skulky' appearance, but it is also an amazing adaption for endurance. 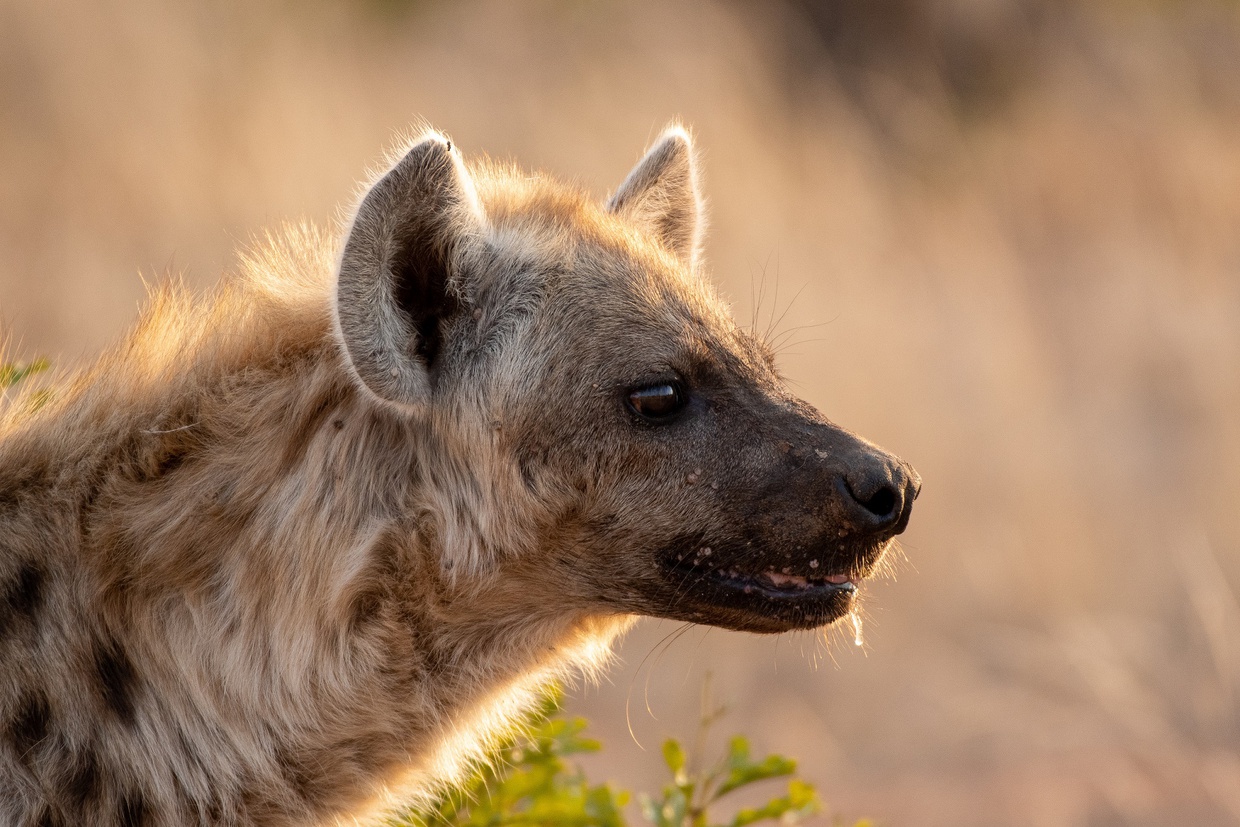 Hyenas walk in a cross-legged fashion, with each back foot falling behind the opposite front foot. However, when they fall into a faster pace, this ungainly gait actually becomes a secret weapon in the pursuit of prey with hyenas capable of covering long distances without getting tired. They are seldom required to do so, however, as the efficiency of hunting in a pack allows them to bring down prey such as adult wildebeest, which are four times their size!

So, while the scavenger stereotype may apply to their striped and brown cousins, the spotted hyena certainly cannot be grouped into this category alone. Need more convincing? Zoologist Hans Kruuk was working in the Ngorogoro Crater in Tanzania back in the 1970s and recorded more instances of lions scavenging off hyena kills than the other way around! So, dare I say, Mufasa may be the real scavenger here... This myth is also well and truly BUSTED! 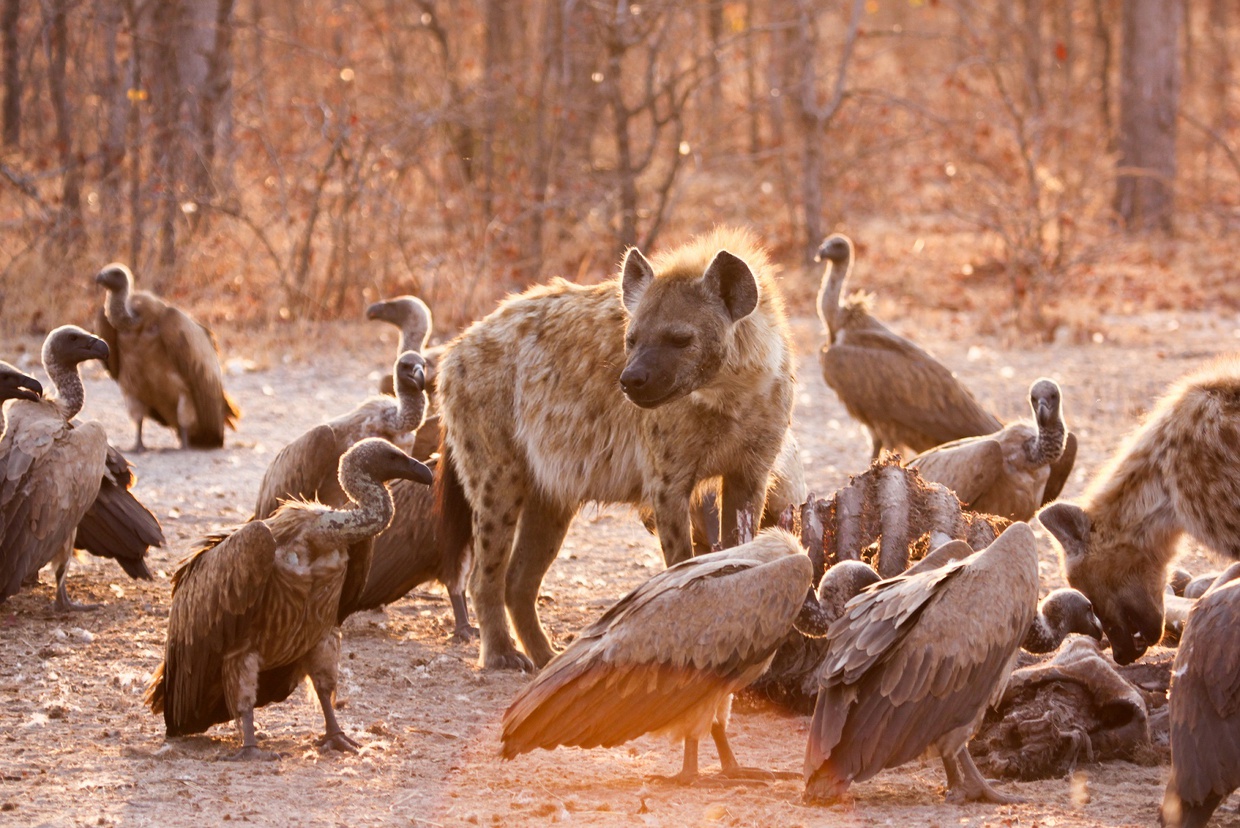 I hope that in writing these articles I have been able to clear up a few common misconceptions about our wildlife and teach you a little something about their intricate lives. If you enjoyed reading this article, please click the 'Share this post' button on the right to allow other people to learn something new today too!

*At this time, we are unable to confirm or deny what Matt is hiding under his Akubra because we've never seen him without it on. Has he got a pocket guidebook under there? Is he concealing a mystery bald patch? Who knows... we will keep speculating. 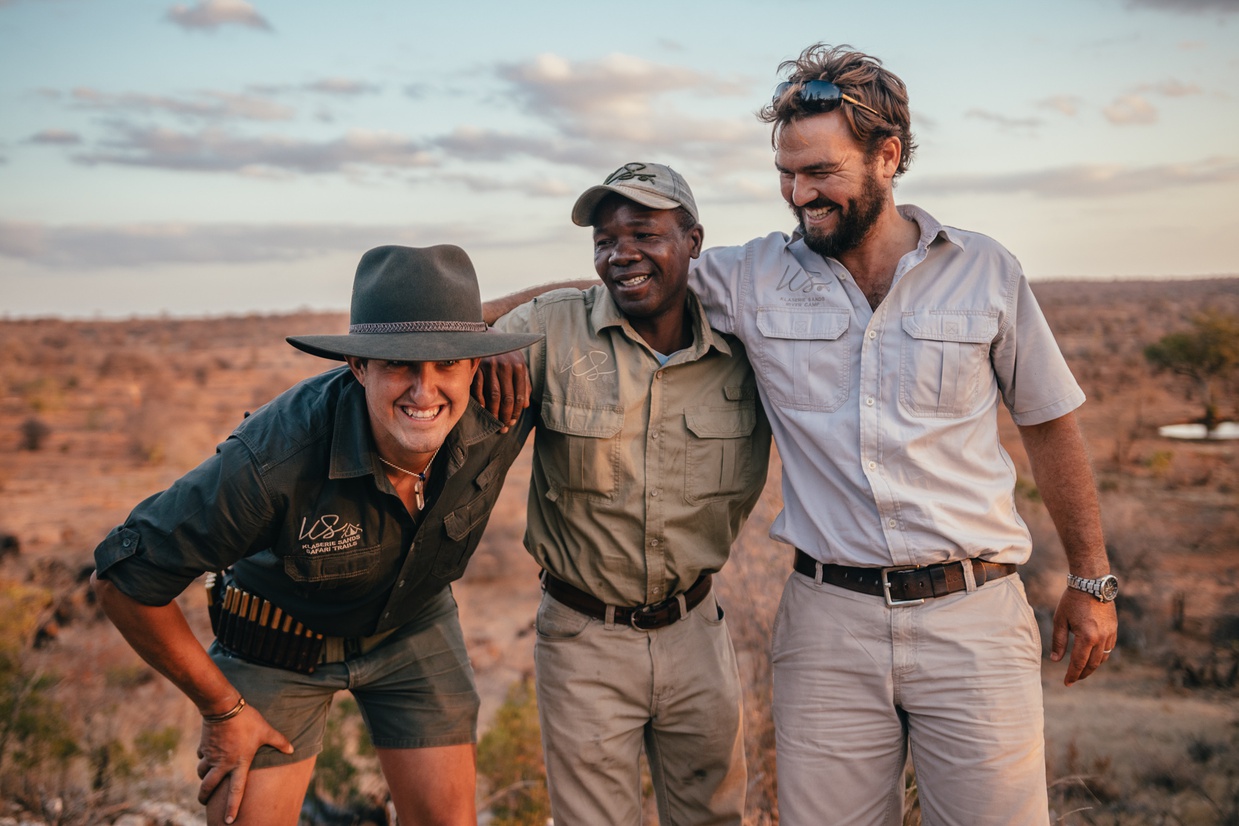