Everything you need to know about the Pangolin 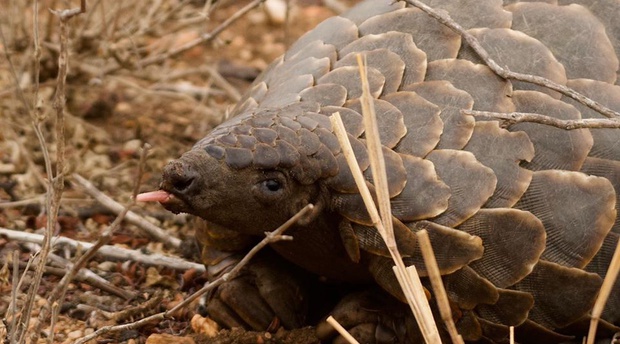 Today, on World Pangolin Day 2020, we want to take the opportunity to teach you a little bit about this bizarre, scaly mammal and raise awareness for the conservation issues currently threatening this species' survival in the wild.

What is a Pangolin?

Frequently misidentified as reptiles due to their characteristically scaly skin, pangolins are actually mammals. The hundreds of protective scales that coat the body from head to tail are made of keratin – the same material as your hair and fingernails.

The name “pangolin” comes from the Malay word “penggulung” which means “roller” – named after the action the pangolin takes when it feels threatens, curling its tail around and rolling into a tight ball to protect its head and unarmoured belly from potential predators.

There are eight species of pangolin worldwide, all which are listed on the International Union for the Conservation of Nature's (IUCN) Red List for Threatened Species. Four of these are found in Asia and four throughout Africa. The species that we may encounter here in the Klaserie Private Nature Reserve is known as the Temminck’s Ground Pangolin (Smutsia temminckii).

Owing to its secretive and primarily nocturnal nature, not a lot is known about these shy creatures. What we do know is that they lack teeth and feed mostly on ants and termites. They do so by shooting their long, sticky tongue (that measures in as longer than their bodies!) into the underground tunnels of termite mounds that they have excavated using their sharp claws. 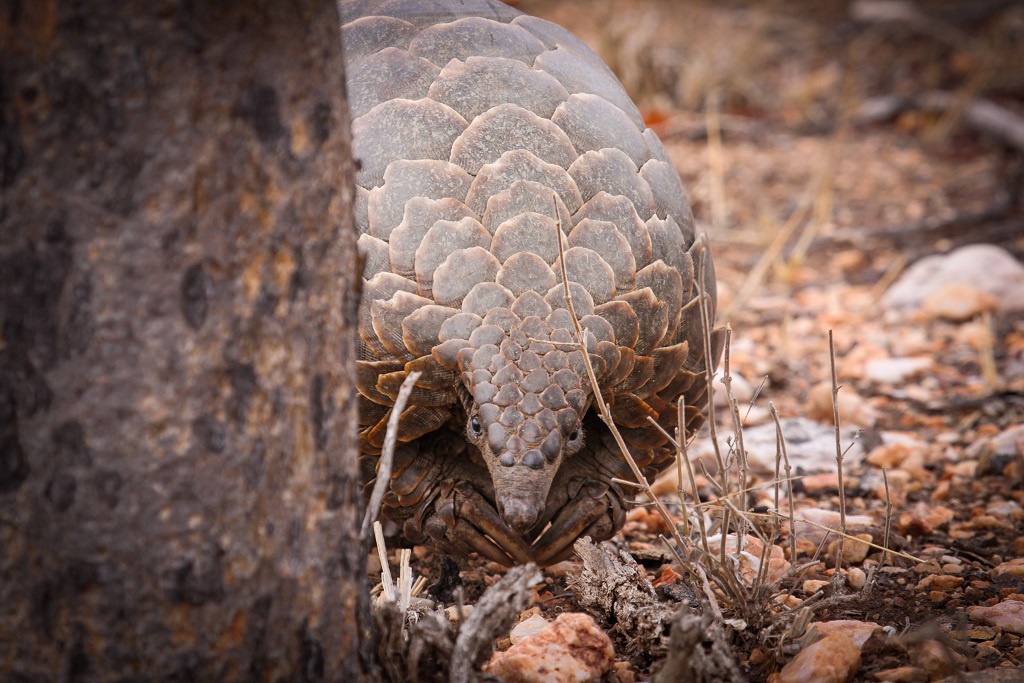 What is threatening this species’ survival?

Pangolins are believed to be one of, if not the most trafficked mammal in the world, estimated to make up about 20% of the wildlife black market. But how has this shy, unassuming creature found its way into the record books for all the wrong reasons?

Pangolin meat is considered a delicacy in China and other Southeast Asian countries. Not only that, their scales are also regularly used in traditional medicine to treat a range of ailments including asthma, rheumatism and arthritis. These scales are often roasted, crushed and the resulting powder brewed as a tonic to treat stomach and liver illnesses. Pangolin blood is also thought to have healing powers and their skins have been used as clothing.

The growing demand for these products is causing an overwhelming increase in the illegal trade in pangolins, despite all eight species being protected under both national and international laws. As a result, pangolins are being pusher closer and closer to extinction, with their high price tag acting as a strong incentive for locals to hunt them. Unfortunately, as their main defence is to curl into a tight ball and use their scales for protection, this renders them easily captured by humans.

Sadly, this rampant illegal trade in pangolins is often overshadowed by more charismatic and well-known species such as rhino and elephants who are equally facing unprecedented levels of illegal poaching. As a result, there is comparatively little funding going towards the ongoing protection of this endangered creature. 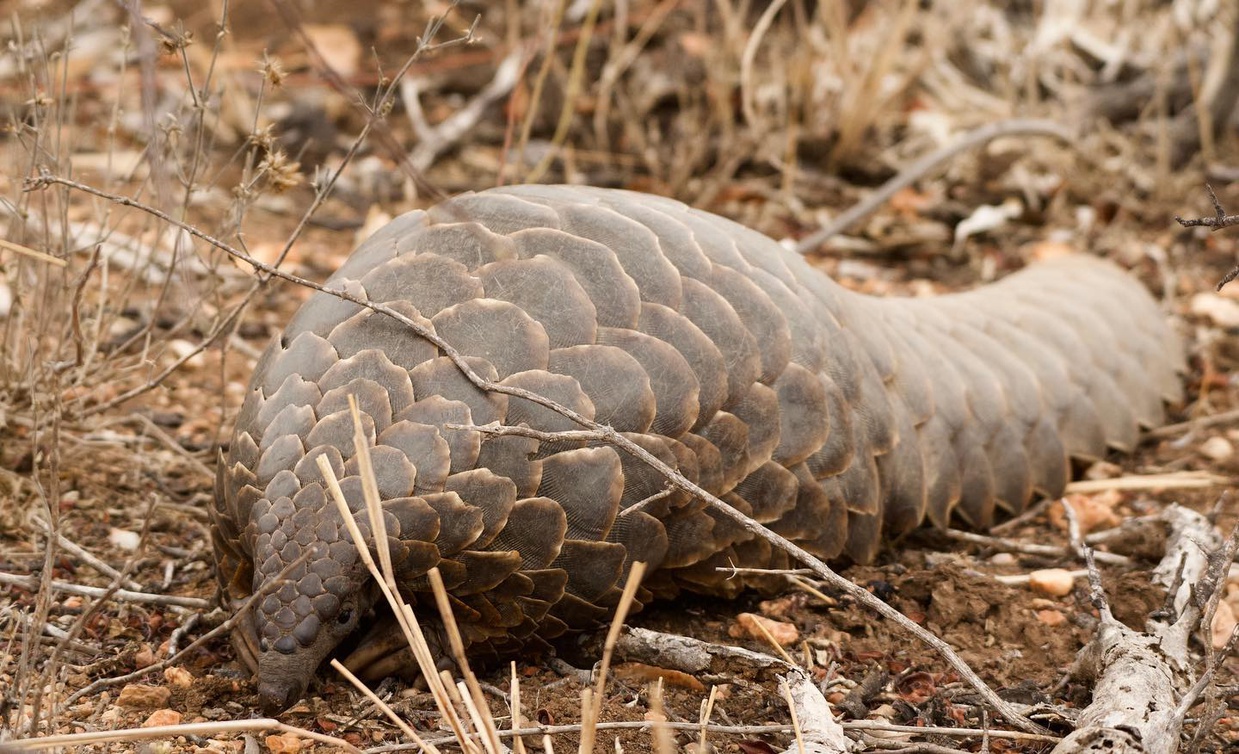 So, what is being done to save the Pangolin?

Where local villages in West Africa are illegally hunting these animals for bushmeat and export to Asia, wildlife protection groups have set up intiatives to try and discourage poaching by helping the locals to establish sustainable, alternative livelihoods such as jewellery-making and beach patrols.

Conservation organisations, such as the World Wildlife Fund (WWF), are working together with TRAFFIC, a leading NGO working globally on the trade in wild animals and plants, with a combined aim of protecting pangolins and other species from wildlife crime. "We are actively trying to reduce demand for illegal wildlife products in countries like China and Vietnam" says the WWF, "We are also helping governments mount a strong defense against the poaching crisis."

In 2016, many countries from around the world came together at the Convention on International Trade in Endangered Species of Wild Fauna and Flora (CITES). At this time, the unified international agreement was made to end all legal trade of pangolins and further protect the species from extinction. However, where the opportunity exists, the illegal poaching unfortunately continues...

Throughout China and southeast Asia, wildlife rescue teams are intercepting the live animals that are being illegally trafficked and traded, working with government confiscation authorities to make sure emergency care is given to trafficked pangolins who are then transported to rescue centres. From here, the animals are quarantined to check for disease, cared for by wildlife verteinarians and, if possible, rehabilitated and released back into safe protected areas. 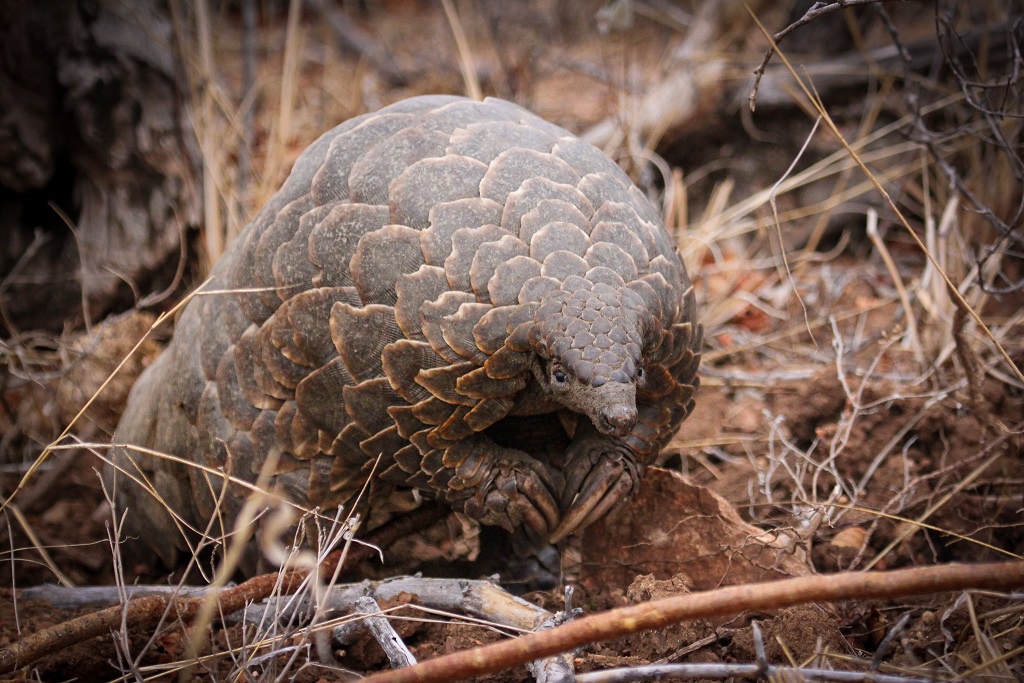 What can I do to help save the Pangolin from extinction?

One of the greatest shortfalls of successful pangolin conservation is that fact that many people do not know that they exist. As such, is it important to educate our global audience (that includes you and your friends!) about pangolins and the poaching crisis they are currently facing.

By sharing this article to your social media, you are helping to spread awareness about pangolin conservation and contribute to the continued education of people around the world. To share this article, click the "Share This Post" button on the right side of the page.

Another barrier to successful pangolin conservation is the severe lack of funding provided to wildlife groups and initatives dedicated to protecting this charismatic and endangered species. Without the proper funding, rescue teams that seize and confiscate illegally trafficked pangolins are unable to afford the costs associated with quarantining, caring for and rehabilitating the rescued animals back into the wild.

If you would like help fund continued pangolin conservation, please visit www.savepangolins.org or www.traffic.org to make a donation. You can also symbollicaly adopt a pangolin through the WWF by visiting gifts.worldwildlife.org/gift-center/gifts/Species-Adoptions/Pangolin.