A predator-packed game drive to end 2019 with a bang! 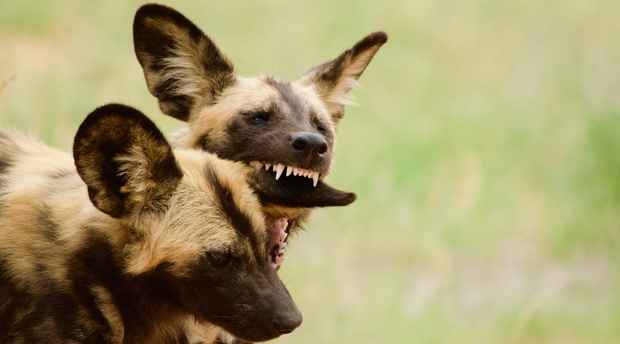 It was the last game drive of the year and we set out with a great deal of excitement and apprehension for what was to come. Little did we know, we were in for a predator-packed surprise...

As we pulled out of the camp gates, my first initiative was to head back to a pack of African wild dogs that we had sighted earlier that morning, sleeping in the cool riverbed. Only about a hundred metres downstream was a pride of eight lions doing the same, but the thick vegetation made it too difficult to access them in the giant Land Cruiser. As we arrived at the scene the view was still mostly obscured, so I decided to return later when the air would be cooler and the animals more likely to move towards the nearby waterhole...

We set off again, this time without a particular mission in mind, but didn’t get far before a call came in over the radio about a female leopard sighted close by, lying in the outstretched branches of a Marula tree. There was no time to waste! We turned and immediately started making our way towards the elusive feline. As we got closer, she descended the tree and began slowly moving towards a dense thicket of Mopane trees – notoriously difficult terrain to keep up with these nimble creatures. 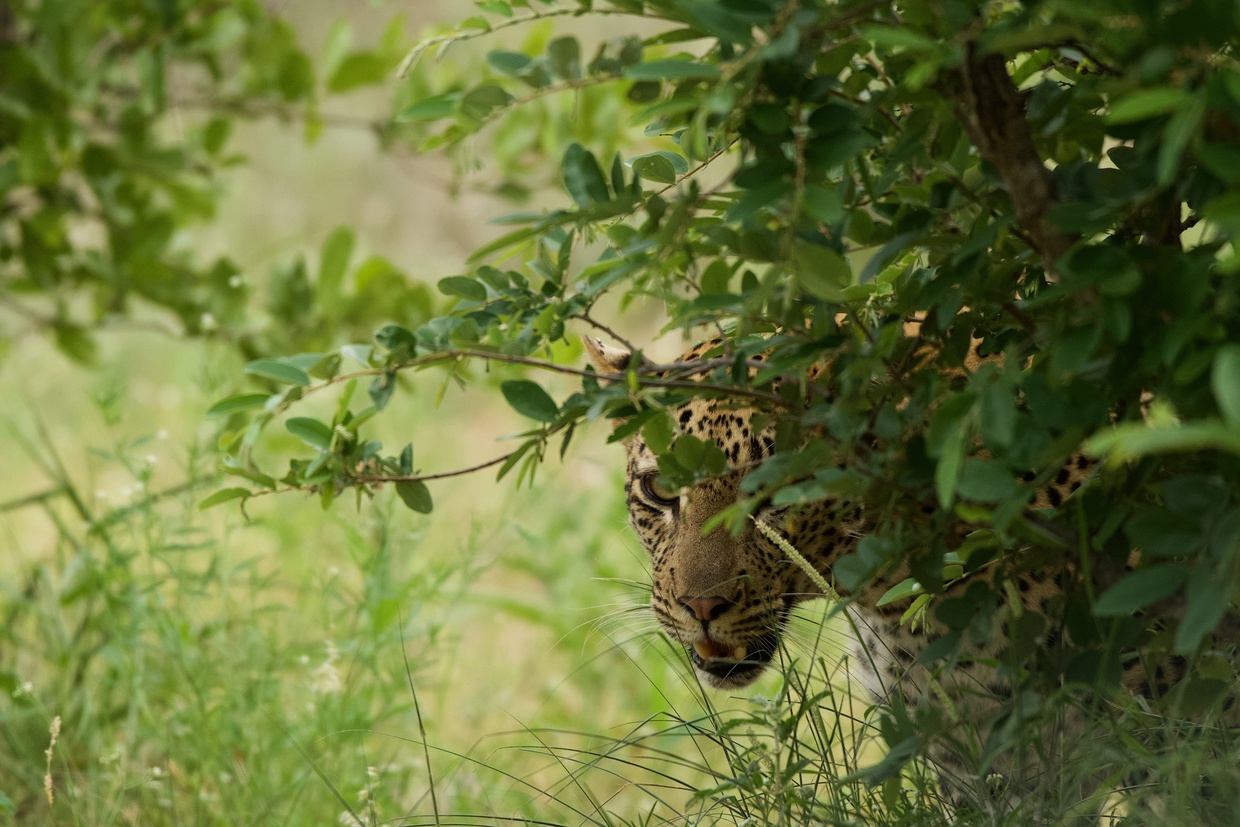 Initially, we weren’t able to spot her; her dappled camouflage acting as the perfect invisibility cloak amongst the thick vegetation. Not wanting to disappoint my guests, I anticipated her movements and got back onto the road, heading in the direction I expected her to pop out. Sure enough, we turned a corner and there she was, quietly surveying the landscape from the vantage point of a giant termite mound. The sighting was brief but beautiful, every one of us admiring her elegance before she disappeared like a ghost into the bush in the same silent manner in which she had first emerged.

At this point, excitement levels were high, so we turned back towards the lions in the hope they would become more active now that the air temperature had cooled a bit. The wild dogs had moved to the opposite side of the riverbed where we soon found them playing and interacting with one another. It’s amazing to be able to share a moment with these incredible animals and witness them in their natural environment, behaving normally with very little concern for our presence. 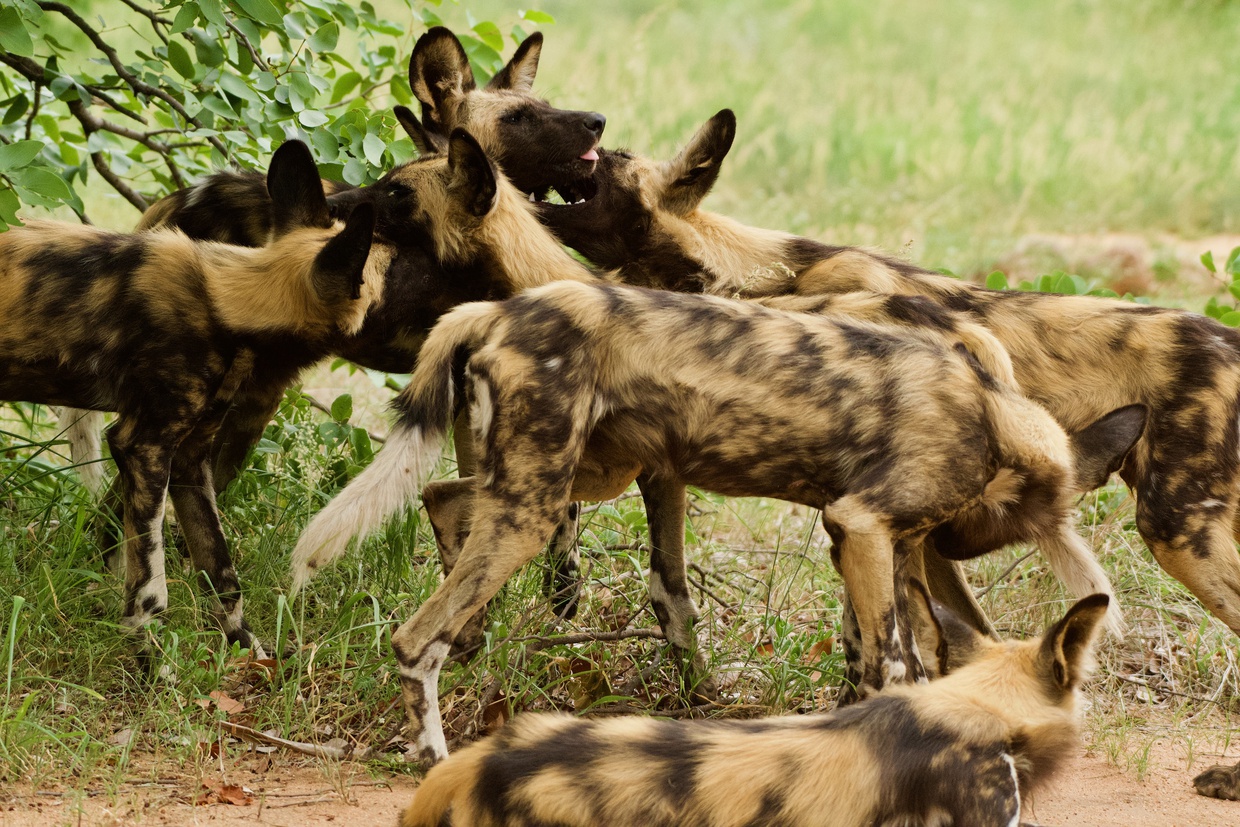 As expected, the lion pride had begun yawning, stretching and grooming – a precursor to getting more active before nightfall when they might potentially go hunting. They were moving towards the nearby waterhole which was also in the path of the approaching wild dog pack. To be in the right place at the right time when two species, particularly two predators, come into contact in the bush is a rare occurrence. I anticipated this meeting and positioned our vehicle close to the waterhole where I expected the action to shortly unfold.

The lions were moving closer and the alert canines had noticed them, vocalising and quickly deciding that the threat of eight lions was far too great. When the lions started intimidating the dogs, they were quick to bail from the scene, and lucky they did because another of our top predators soon arrived, a chorus whooping calls announcing their presence. 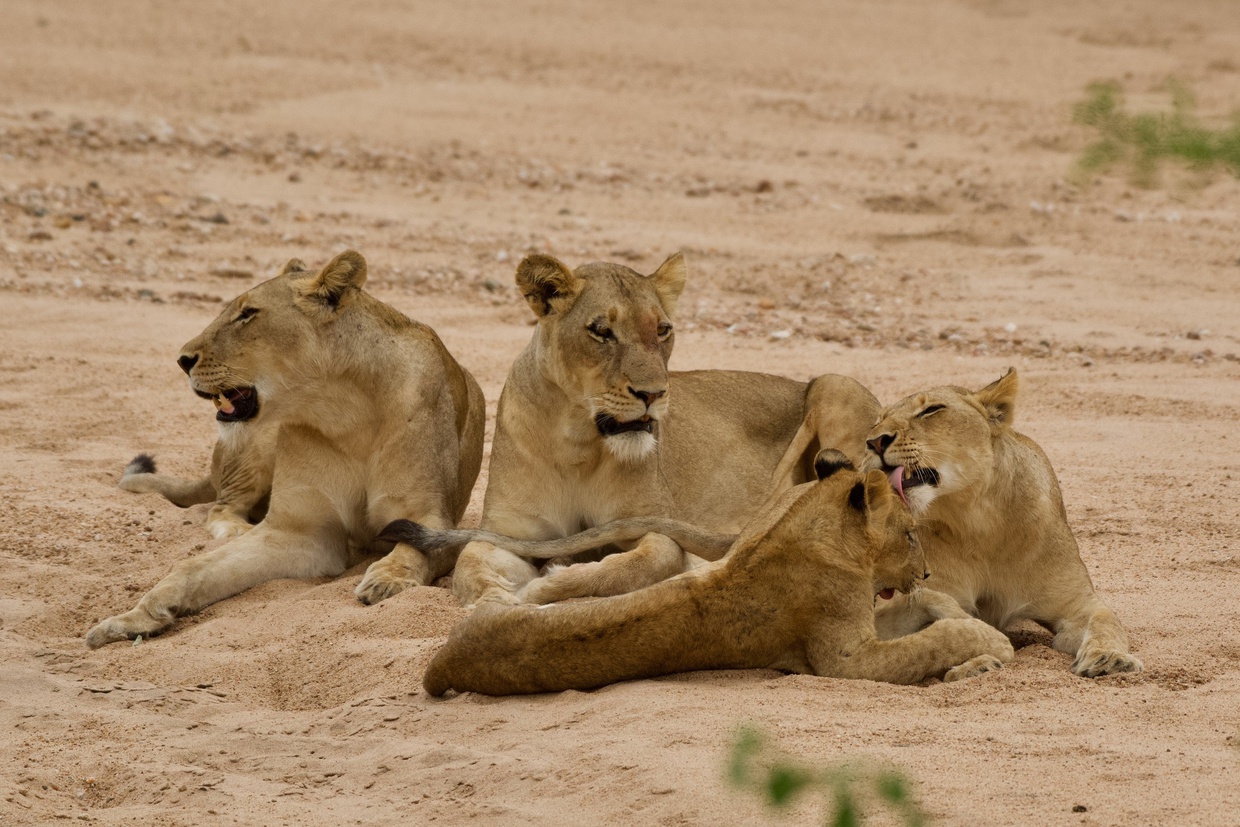 The lions shifted their attention immediately to the approaching hyenas and were assertive in using their superior size and strength to chase them away before they caused trouble. Meanwhile, we were surrounded in the vehicle by these predators and well and truly amidst the action as it was unfolding on all sides - the direct competition among these top predators providing an unbelievably unique sighting for both guides and guests!

To have seen four of our biggest carnivores on the one drive may only happen on a handful of rare occasions each year – the cherry on the cake for what has been an incredible year of sightings in the Klaserie! This exhilarating experience only makes us all the more excited for what is to come in 2020! 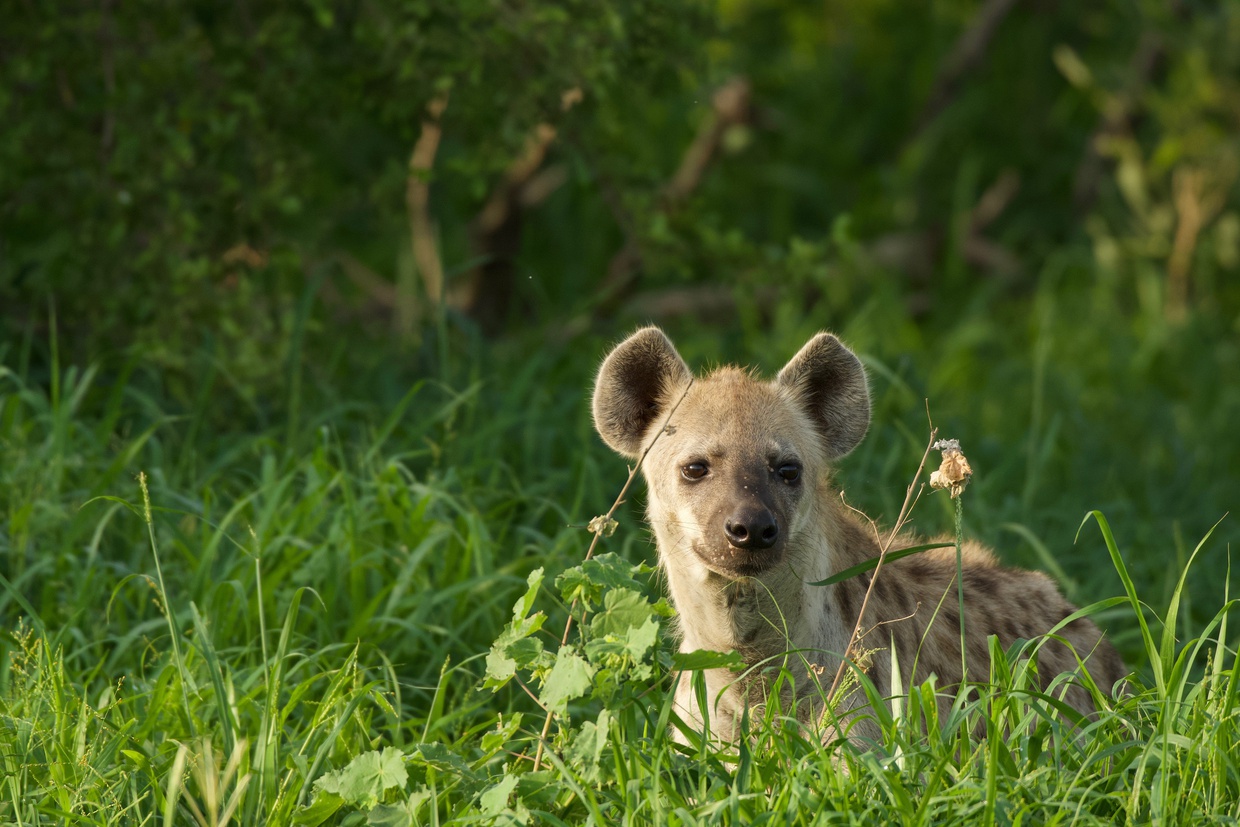