5 Reasons to go on a Walking Safari 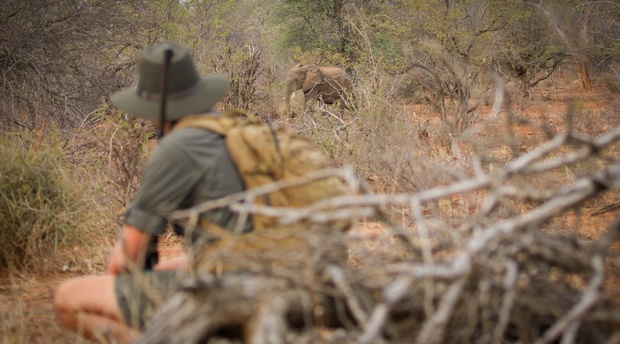 If I asked you to imagine a typical African safari, no doubt your minds would conjure up images of khaki Land Cruisers adorned with tourists peeping over the telescopic lenses of their cameras at fat-bellied lions lounging in the grass.

Don’t get me wrong, there’s a lot to love about vehicle-based safaris - not least the intimacy and closeness of the wildlife encounters that guides are able to produce. Over time, the animals that grace these wilderness areas have become accustomed to the presence of the vehicles, allowing guests an up-close-and-personal experience of Africa’s most charismatic species (read: “bitey”, “very big” or “has a rather pointy horn / ill temper”).

A less stereotypical district of safari rapidly gaining popularity is bushwalking, in which guests ditch their 3-tonne, steel safety blanket and embark on a journey into the bush by foot. Now fully immersed in nature, devoid of roaring car engines and completely reliant on your guide’s impeccable bush knowledge, this activity has the potential to be both relaxing and exhilarating. So, why participate in a bushwalk? Here’s a few reasons:

1)     Spot some of the fascinating smaller stuff

The moment you slow down the pace of safari you begin to notice the intricacies of the bush. Perhaps it is the trio of Southern foam nest frogs perched on a waterside branch or the superbly camouflaged eggs of a Water thicknee, so closely resembling speckled Easter eggs that you suddenly question your craving for chocolate. Winged termites emerging from tiny underground holes and taking flight to start new colonies, the mauve blooms of a Black stick lily concealed in the granite rocks or the perfectly spherical remains of an old dung beetle ball – all details of bewildering beauty that are so easily overlooked on a game drive. 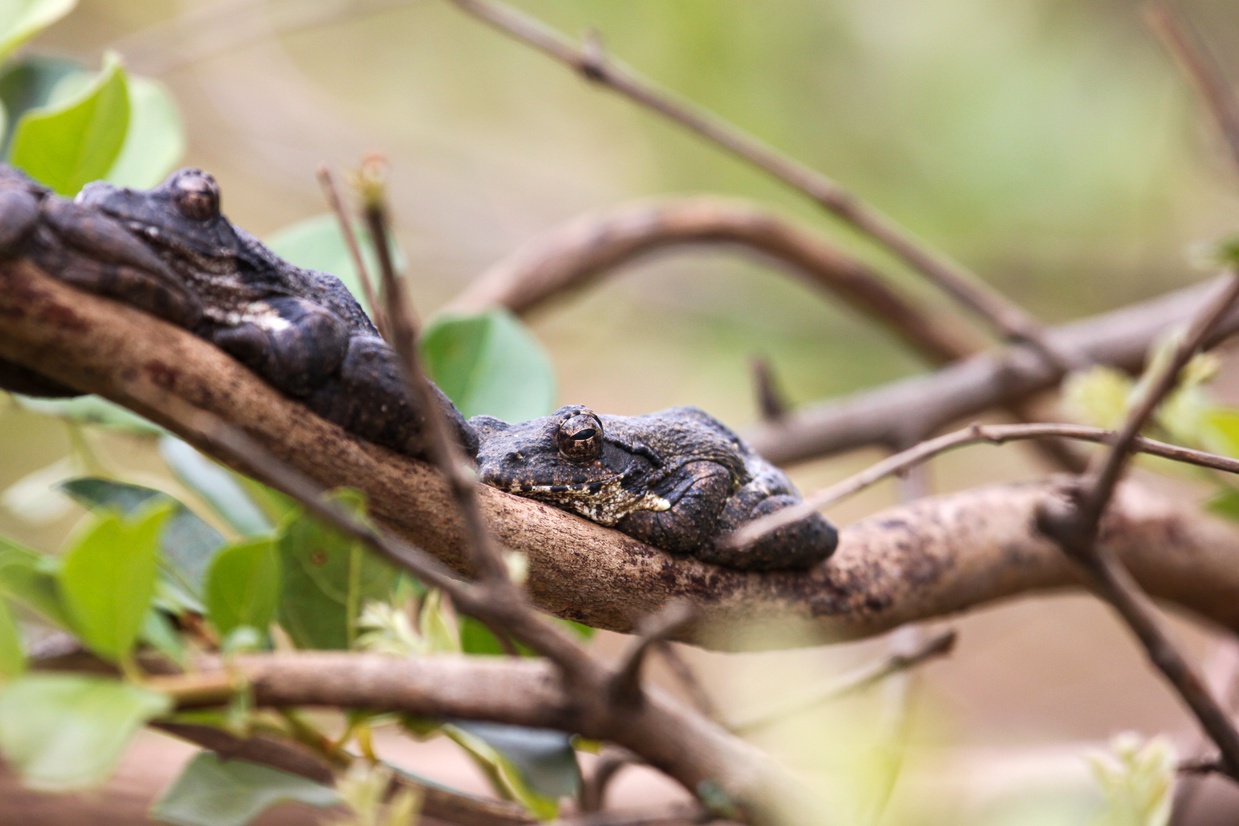 It is one thing to see a large animal from the car but an entirely different experience to view one on foot. And let me tell you, an elephant bull looks far bigger when you’re not sitting on the back row of game vehicle seats, relaxing at eye level with the gentle pachyderm as he strolls casually by.

Bushwalking results in you becoming an active participant in the animal’s world, rather than just a spectator. Suddenly, wind direction and position of the sun become highly important and your approach of potentially dangerous animals is entirely dictated by your environment. Quickly, you develop an acute awareness that your actions may alter the behaviour of these animals, just as theirs may dictate yours. Merely discussing and interpreting the tracks and signs of creatures that tread the path before you - the rounded spoor of a male lion or the intricate map of cracks in the sole of an elephant’s foot – builds an excitement within you that is palpable and challenging to explain. 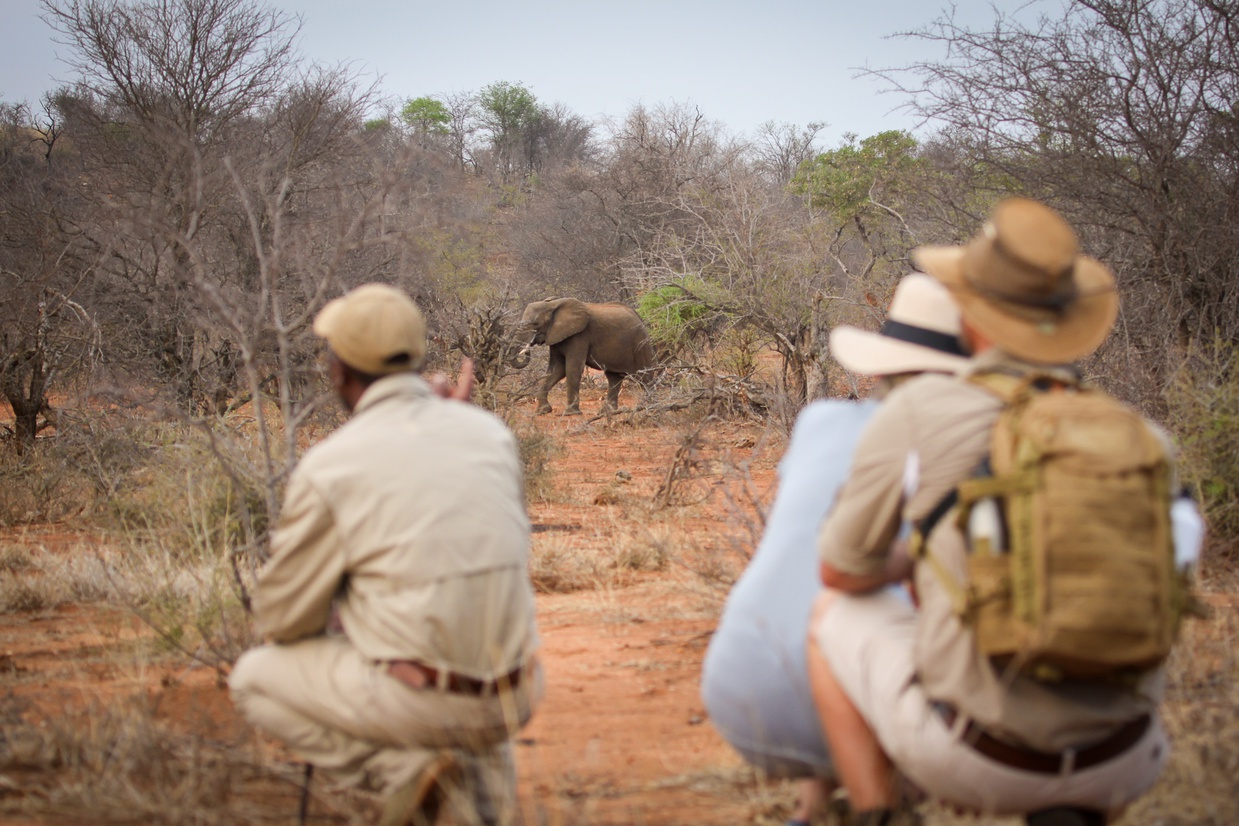 Unfortunately for guides, wildlife very rarely puts on a Nat Geo-worthy performance by the roadside and instead chooses to conceal itself in the depths of thickets. Manoeuvring the lumbering 4x4 behemoth of a game vehicle through the gaps in shrubs and negotiating the perilous branches of knobthorn trees certainly isn’t a graceful affair.

However, such circumstances are not feared by those on foot! Ducking under branches, hopping over giant boulders and scrambling up hillsides to reach the best viewpoints provides the bushwalker with an unmatched freedom of movement. In fact, the ability to traverse otherwise inaccessible landscapes and discover the yet-to-be-explored corners of the wilderness is one of the unique wonders of walking safaris. To imagine that you might be one of the privileged few human beings to set foot in a certain area is mind-boggling, and one can’t help but feel an innate, ancestral connection to the land under foot. 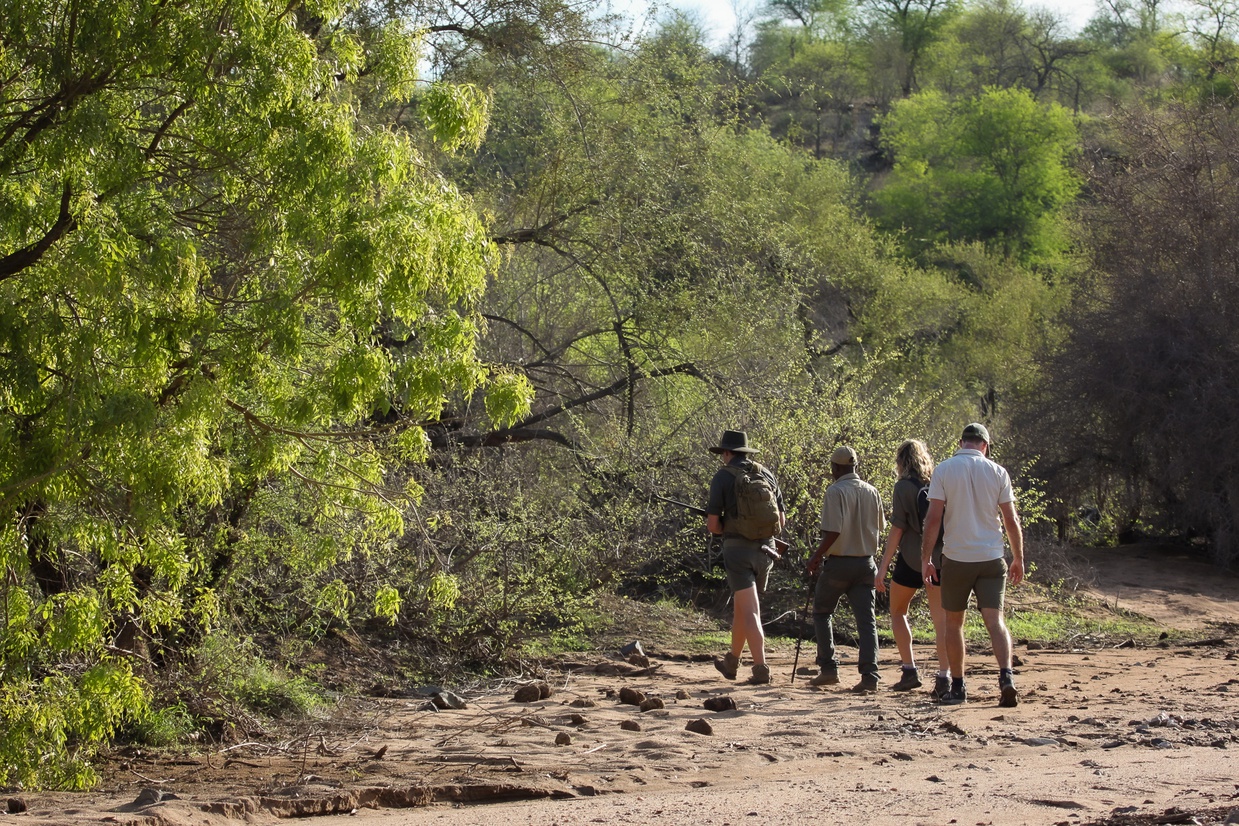 4)     Walking is a low-impact safari experience

The media is abuzz with documentaries and articles surrounding the increasing importance of cherishing and conserving our last remaining natural areas. As such, more and more environmentally-minded folk are now searching for “low impact” holiday options. Simply paying to come on safari in a protected area means you are supporting the industry and providing much-needed funds for the conservation of endangered species. However, vehicle traffic can be damaging to the environment and guides follow strict rules when it comes to driving off-road, avoiding sensitive areas that are prone to degradation. Choosing to do your safari on foot reduces pollution, is far less damaging to the environment and is a great source of low-impact exercise. In other words, everybody wins! 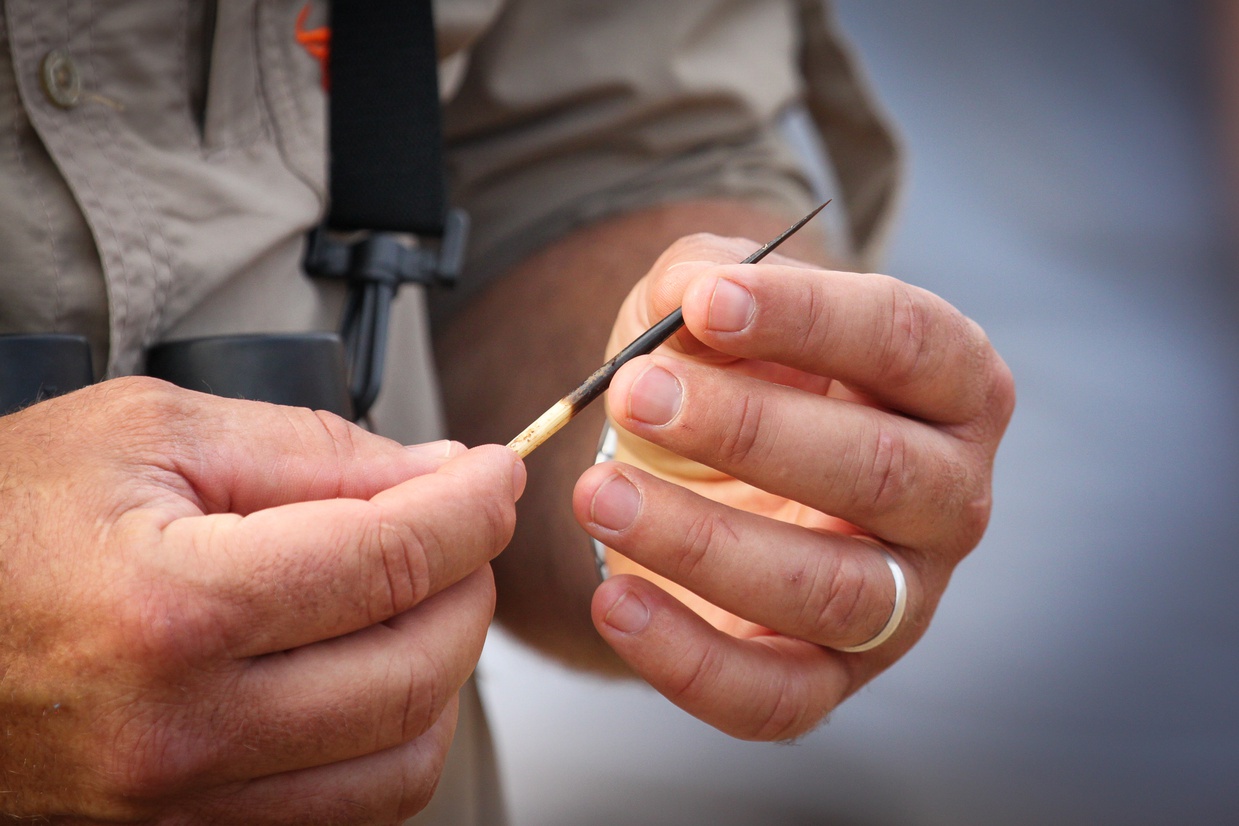 5)     Build a deeper connection to nature

Above all else, bushwalking allows guests to become completely immersed in nature. After spending a few days walking through the wilds of Africa, many begin to realise that the bush is a redemptive space. Their senses, previously numbed by the over-stimulating nature of big cities, become heightened and they find themselves tuning into the sounds and smells around them.

Picture yourself gazing up a rocky hillside in front of you. The steady repetitiveness of your footfall has become almost meditative as you approach the crest. Panoramic views of the Kruger landscape open up around you and you have to pause just to take it all in. It is here that your perspective changes. Standing atop this rocky outcrop, surrounded by nothing but the vast African savannah on which your distant ancestors once lived, you suddenly realise that you are just a small piece of something so much greater.

Want to experience what it’s like to be on foot in the African bush? Head over to www.klaseriesands-safaritrails.com/ to begin your own immersive safari journey. 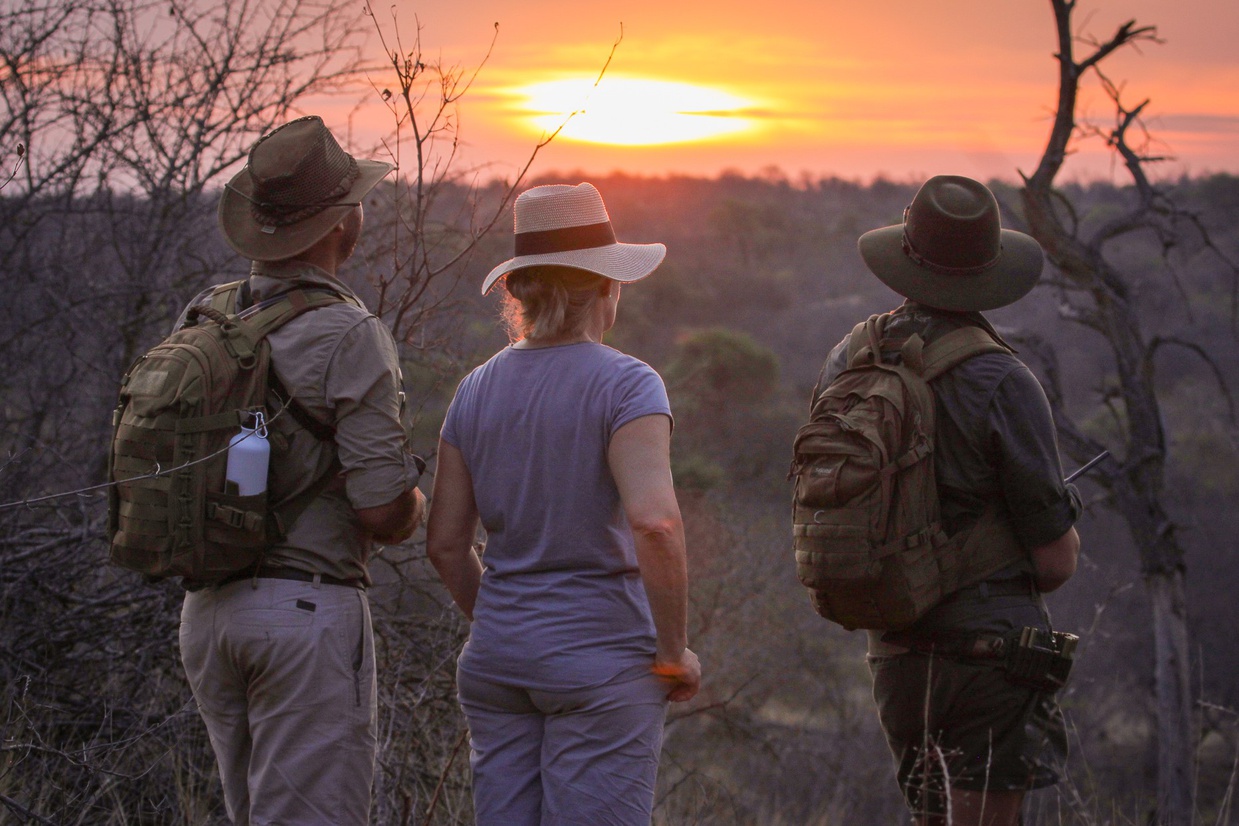 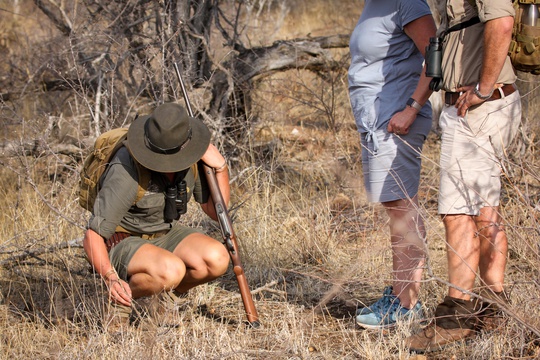 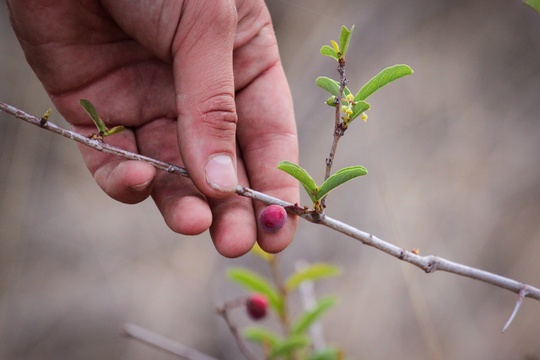 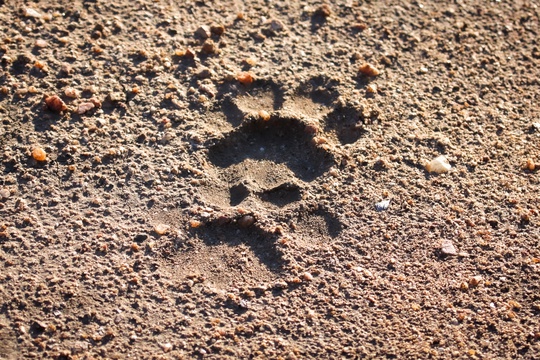 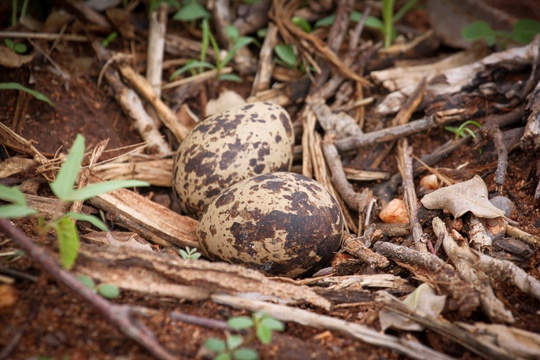 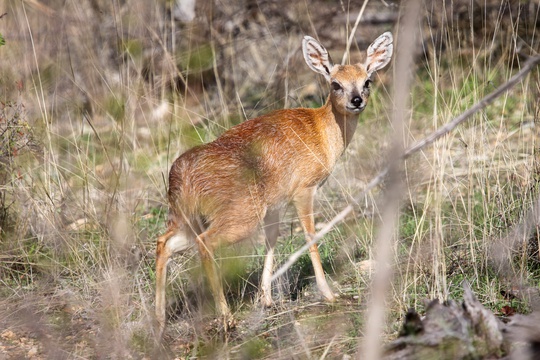